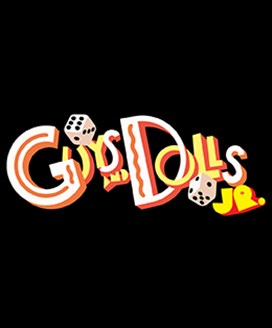 Set in Damon Runyon's New York City, Guys and Dolls Jr. follows gambler, Nathan Detroit, as he tries to find the cash to set up the biggest crap game in town while the authorities breathe down his neck. Meanwhile, his girlfriend and nightclub performer, Adelaide, laments that they've been engaged for fourteen years without even getting married. Nathan turns to fellow gambler Sky Masterson for the dough, but Sky ends up chasing the straight-laced missionary, Sarah Brown.

The Production of
Guys and Dolls Jr.

The show is suitable for all ages.

Washington Pavilion Management, Inc. considers parents/guardians to be the best decision-makers on what is appropriate for their children and families.

Programs, dates, times and prices subject to change. Children 2 and under do not need a ticket, but must sit in a lap/not occupy a seat.